Former Disney star Bella Thorne has revealed she is sick of being compared to Selena Gomez and Miley Cyrus. 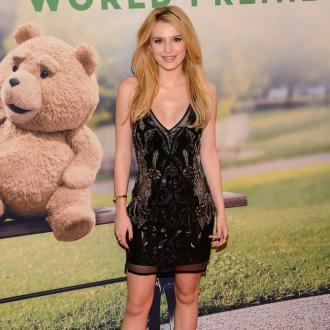 Bella Thorne is sick of being compared to Selena Gomez and Miley Cyrus.

The 17-year-old actress insists she is nothing like either of her fellow former Disney stars and prefers quiet nights at home over nightclubs.

She said: ''Just because I was on Disney too, I don't think that's fair. I never want to be compared to them. We're nothing alike. I would never take the routes they've taken. I'm doing my own thing.''

Asked how she plans to avoid the usual pitfalls of Hollywood, the starlet said: ''I'm not a party girl. My favourite thing to do is sit in my bed with my mom and go on a Netflix binge!''

But Bella admits she does look up to some other famous actresses.

She said: ''I love Emma Stone. And I worked with Drew Barrymore [in 2014's 'Blended'] and learned so much from watching her.''

While she plays a mean girl in 'The Duff,' Bella insists she is nothing like her character.

She told InTouch Weekly magazine: ''I'm not a mean girl at all, so it was hard. My character was cruel, but it comes from a place of insecurity, which is something I deal with, too.''