Ben Affleck's Mother Is Reportedly Helping Him "Pick Up The Pieces" From His Broken Marriage. 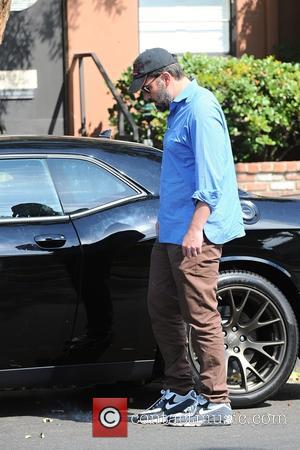 The Hollywood hunk and his wife Jennifer Garner announced they were parting ways in June (15), just a day after their ten-year wedding anniversary.

While they have continued to put on a united front for the sake of their three children, Ben's mother Christine is said to be eager to keep him close by.

"Ben's mum Christine is in full control of everything right now as he picks up the pieces from his broken marriage," a source told Britain's Grazia magazine. "Chris' boys, Casey and Ben, have always been the apple of her eye, ever since her husband left her. Ben's always been close to his mum, but he seems to have taken it to a whole new level since the split."

The 43-year-old star has been spending time with his mother in Boston, Massachusetts while he searches for locations for his new movie, Live By Night. Jennifer and their children, nine-year-old Violet, six-year-old Seraphina and three-year-old Samuel, have remained at the family home in Los Angeles.

Ben will be kept busy working on the film, which he will direct and star in, for several months and Christine apparently wants to make sure his health doesn't suffer.

"Ben's in a pretty bad way," the insider added. "He's not really taking care of himself... and his mum can't bear to see him like this. She convinced him to stay in their family home so she could nurse him back to health. Now she's really pushing for him to move in full-time once he starts filming."

Ben and Jennifer sparked reconciliation rumours when they were seen looking happy and relaxed in each other's company while leaving a family counselling centre in September (15). However, sources close to the couple insist they are still planning to divorce but want to be able to spend time as a family with their children.

"They are working together and are keeping it amicable," a source told People.com. "This is something they have been working on for over a year - and they continue to be strong unit. It's not just for the kids - it's also for them. They care about each other."