The casino Ben Affleck was allegedly banned from following rumours of card counting has released a statement in which they stated Affleck was not barred from their resort and is "welcome back any time." 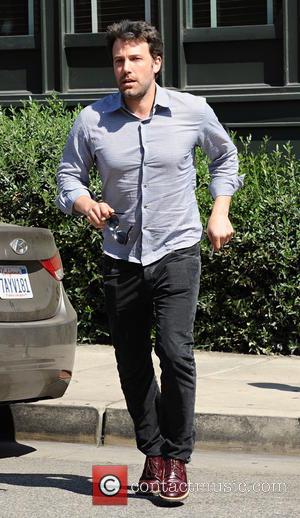 Ben Affleck is not banned from playing blackjack at a Las Vegas casino, contrary to reports which suggested Affleck had been asked to leave the establishment after he was discovered counting cards.

According to reports on RadarOnline, Affleck was allegedly caught counting cards at two Vegas casinos and an APB (all-points bulletin) was sent out to all casinos to be weary of the Good Will Hunting actor. Allegedly, the bulletin made casinos aware of Affleck's presence in Vegas and related the incident in which he was apparently caught counting cards. A note on the bulletin stated Affleck "has been observed playing blackjack at multiple Las Vegas Strip properties, and is suspected of moving his wagers with the count. He was reportedly backed off at one off-Strip casino."

Read more: What Do We Know So Far About 'Batman Vs. Superman'?

The incident occurred, according to reports, on April 28th when Affleck was playing blackjack at the Hard Rock Casino in Las Vegas. Allegedly, Affleck was told by security he had to stop playing immediately. Affleck was visiting Vegas with his wife Jennifer Garner at the time of the alleged incident. Another casino also allegedly banned Affleck, namely the Wynn Properties resort.

Whilst card counting is not illegal, it is unacceptable in gambling establishments and casinos employ both security and specialist recognition software in order to prevent it. Affleck was allegedly using his chip stack as a means of counting the cards, a common technique professional gamblers use, according to reports in the San Jose Mercury News.

However, these reports may have been exaggerated as both casinos have denied any ban. The Hard Rock Casino in Las Vegas released a statement which reads: "Mr Affleck, a value guest of the Hard Rock Hotel and Casino, is not banned from our property and is welcome back any time." The other casino in question has also denied barring Affleck from their establishment. Ben Affleck has not been banned from a Las Vegas casino. Ben Affleck and Jennifer Garner were together in Las Vegas when the alleged incident occurred.