Legendary reggae singer Bob Marley's son Rohan has defended Snoop Lion amidst criticism he converted to the Rastafarian religion to promote his album and film. 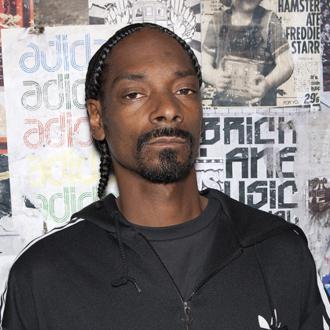 The rapper was heavily criticised by members of the Rastafari community - including Bob's former bandmate Bunny Wailer - who claim he turned to their way of life to promote his upcoming reggae album and documentary - both titled 'Reincarnated' - and says his father would have too.

Rohan Marley, 40, told TMZ: ''Our father's name should not even be mentioned in this issue because like a true Rasta, he would have embraced Snoop's reincarnation and welcomed the positivity.''

Responding to the comments, Rohan argues: ''Why condemn a man for his love of Rastafari and Bob Marley?

''We have been cool with Snoop before his transformation and he will continue to have our blessings and support.''

The 'Drop It Like It's Hot' star immersed himself in the Rastafari culture following a soul-searching trip to Jamaica last year and his name change to Snoop Lion is thought to be inspired by the Lion of Judah, a symbolic figure in the Rastafarian culture.