Bono has turned down an honorary degree from New York University because he doesn't want to take away from his graduate daughter's big day. 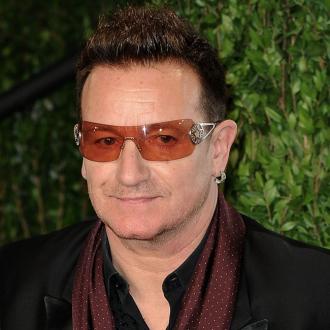 Bono turned down an honorary degree.

The U2 frontman's 21-year-old daughter Eve Hewson will graduate from New York University (NYU) next week and while the institution hoped to have her famous dad involved in the graduation ceremony he ''politely declined'' the offer, according to the New York Post newspaper.

NYU offered the singer and humanitarian an honorary degree as a Doctor of Humane Letters and invited him to give the commencement speech at the affair at Yankee Stadium in New York City, but Bono, 53, turned down the honour because he doesn't want to detract from his daughter's big day.

A source said: ''Bono was hugely honoured to be asked by NYU to receive the honorary degree of Doctor of Humane Letters. Given his daughter is part of the graduating class, they discussed the invitation as a family and decided they wanted to keep the day a quiet one for the family in which Bono could simply be a very proud father.''

As well as being a keen student, Eve has followed in her father's footsteps with a blossoming showbiz career.

The aspiring actress has already co-starred alongside Oscar winner Sean Penn in 'This Must Be the Place' and hopes to continue her acting career after university.

Bono and wife Alison Hewson also have three other children including 24-year-old daughter Jordan, who attended the prestigious Columbia University in New York City, and sons Elijah, 13, and 11-year-old John.