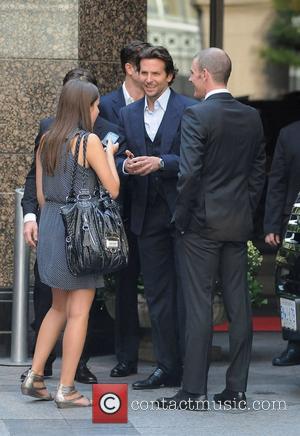 As the Toronto International Film Festival closes and the awards are handed out, Bradley Cooper's latest movie Silver Linings Playbook finds itself at the forefront of all the Oscars chat. The movie stars Cooper, alongside Hunger Games star Jennifer Lawrence, playing the role of a man who moves back in with his parents (played by Jacki Weaver and Robert De Niro) after spending eight months in a mental health institution. The film won the top prize at the festival and Lawrence's performance as a widow, battling depression has already had critics touting her for a Best Actress gong at next year's Oscars ceremony.
Silver Linings Playbook is directed by David O Russell, the director of The Fighter, who said of the movie "Just as The Fighter to me was not about fighting, this movie to me is not about mental illness. To me, it's always about the people and the dynamic of the people." The film has been billed as a 'dramatic comedy' and is scheduled for release on November 21, 2012. The film has now joined the ranks of past movies such as The King's Speech and Slumdog Millionaire, in winning the People's Choice award at the festival.
Other winners at the festival include Ben Affleck's latest movie, Argo, which took home the runner's up prize. Argo tells the tale of six Americans, stranded in Tehran, after the 1979 invasion of the US embassy. Both movies received their world premiere at the film festival.