Brandon Flowers admits that fame changed him because he wasn't confident enough to cope with success properly. 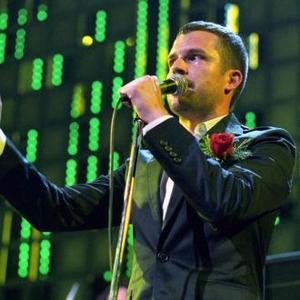 The Killers frontman says he began wearing eccentric stage outfits and acting cocky in the band's early days in order to feel more confident because he couldn't cope with the change around him.

Brandon confessed: ''I grew up in Utah, and all of a sudden we're getting popular in London - the coolest city in the world - and we were like, 'This is not what we're cut from.'

''So I puffed up my chest and spread the feathers - that was my reaction to that. I do have a belief in myself and in the band, but it wasn't like that.''

The 'Mr. Brightside' singer says that The Days of his infamous Pink leather jacket and feathered epaulettes are behind him with the band's fourth studio album 'Battle Born', but he doesn't regret any of his statement looks.

Brandon added: ''Getting more comfortable in my own skin and feeling more confident is somehow tasking the place of feathers and Pink leather.

''I wouldn't take back the feathers. I felt empowered when I put that jacket on, it was a ceremony, I loved it. But I can't wear them forever. I gave them to the London Hard Rock.''

The 31-year-old Mormon rock star -who is teetotal and married with three kids - may not be known for his wild antics, but he revealed that when the band first gained notoriety he worried about going down the wrong path.

Brandon said: ''Early on in the band, I had things pulling me in certain directions but I think every band has that. You read about Led Zeppelin and David Bowie... The whole lifestyle of being in a rock band.''