Stars Help Raise Money In Stand Up To Cancer Telethon 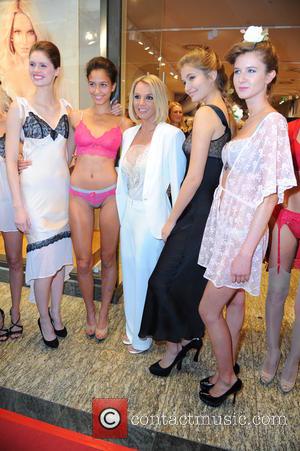 The Toxic hitmaker took part in a sketch called Andy Murray: The Movie, in which celebrities were auditioning for parts in the upcoming biopic of the Scottish tennis player's life. Spears tried out for the role of Murray's girlfriend Kim Sears with a fake Cockney accent, while Williams tried a Scottish twang as he auditioned for Murray.

Others trying out for parts included Ed Sheeran, who played I'm Gonna Be (500 Miles) by Scottish group The Proclaimers, while Andy Serkis filmed his audition in a motion capture suit.

Swift took on British celebrity chef Jamie Oliver for a 'bake it off' competition sketch, where they were supposed to each make a chocolate cake. However, Oliver began singing and dancing to a revamped version of her new single Shake It Off and the pair ended up pulling funny moves and throwing food around.

British rocker Noel Gallagher teamed up with supermodels Kate Moss and Naomi Campbell for a celebrity version of Gogglebox, where viewers are filmed watching Tv. The trio watched reality shows such as Strictly Come Dancing and The X Factor and gave a comedic running commentary.

Also during the broadcast, Martin Clunes and Neil Morrissey revived their Men Behaving Badly characters for the first time in 16 years for a one-off sketch about testicular cancer. Will Ferrell appeared as his Anchorman character Ron Burgundy, giving a news report on cancer, Sherlock star Martin Freeman took part in a magic card trick with celebrity illusionist Derren Brown, and Nicole Scherzinger and John Legend were interviewed during a live taping of chat show Alan Carr: Chatty Man.

At the end of the live telethon, $23.2 million had been raised for Cancer Research U.K.