Carey Mulligan On Her Great Gatsby Character, "She's Like A Kardashian"

Carey Mulligan has likened her character in 'The Great Gatsby' to a certain famous reality star. 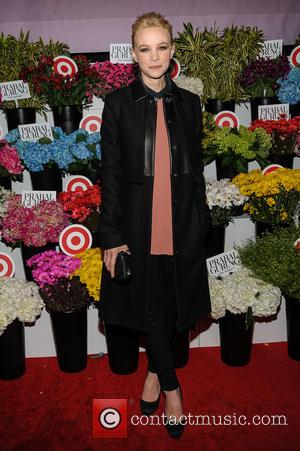 Carey Mulligan beat out a slew of Hollywood's finest actresses to land the coveted role of Daisy Buchanan in Baz Luhrmann's hugely anticipated Great Gatsby movie. Natalie Portman, Scarlett Johansson and Michelle Williams had to sit and watch as the British actress snagged the lead role, though the recent trailer appears to suggest Warner Bros made the correct decision.

The 27-year-old appears in an elegant Gatsby inspired shoot for the May issue of Vogue magazine. "It's that kind of feeling: I'm-so-little-and-there's-nothing-to-me, watch-me-have-nothing-to-me," she said of her character in the accompanying interview, "She feels like she's living in a movie of her own life. She's constantly on show, performing all the time. Nothing bad can happen in a dream. You can't die in a dream. She's in her own TV show. She's like a Kardashian." The search for an actress to play Daisy was well-documented at the time, with Keira Knightley and Blake Lively also thought to have been in with a chance. However, after her audition, even co-star Leonardo Dicaprio was smitten. "Leonardo turned to me and he goes, 'Well . . . I guess that's the Next Big Thing in acting," recalls director Luhrmann, "It was a very quick decision after that."

Mulligan, who is married to Mumford & Sons frontman Marcus Mumford, is best known for her work in Drive, An Education and Never Let Me Go. The Great Gatsby hits theaters in the U.S. On May 10, 2012. Watch the trailer below: