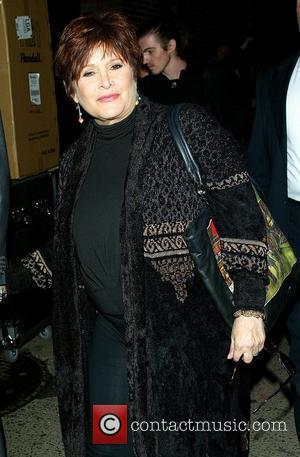 Carrie Fisher's actress mother Debbie Reynolds called in celebrity pal Cary Grant to counsel the star about her drug addiction when she was a troubled teen.
The 53-year-old Star Wars actress has publicly disclosed her acid use and addiction to prescription medication in her new memoir Wishful Drinking, and Fisher admits she was stunned to receive a worried phone call from Grant, who she discovered once used LSD under a doctor's supervision.
She explains, "My mother was worried I was doing too much LSD... She did what any concerned mother would do - she had Cary Grant call me about my acid problem."
Still baffled by Grant's experience, she laughs, "I just always want to imagine, was he in a backless gown? Was the doctor on acid? Did they do it in the office? How do you do acid with a doctor?"