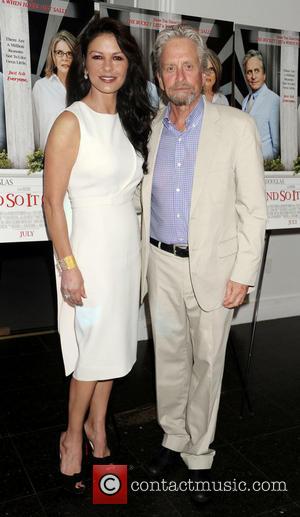 Picture: Catherine Zeta Jones and Michael Douglas - The Hampton premiere of 'And So it Goes' at Guild Hall in East Hampton - Arrivals - East...

Actress Catherine Zeta-Jones has put the New York mansion which she reportedly called home during her separation from husband Michael Douglas up for sale.

The Welsh star and the Wall Street actor spent time apart in 2013 after 13 years of marriage, but reconciled earlier this year (14), and now it seems their marriage is back on track after Zeta-Jones put her Bedford, New York retreat on the market.