Celine Dion has been forced to cancel even more of her Las Vegas shows because of a virus which has caused an inflammation of her vocal cords. 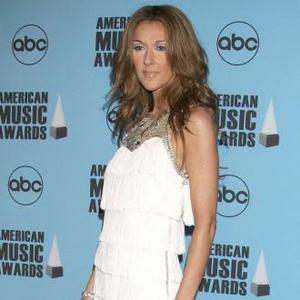 Celine Dion has been forced to cancel even more of her Las Vegas shows because of a virus.

The 'My Heart Will Go On' singer initially postponed all shows until Saturday (03.03.12) due to illness but has now revealed the virus has caused an inflammation of her vocal cords, which will prevent her from performing at Caesars Palace Until June 9.

Celine said in a statement: ''I tried to sing at my sound check last week, and I had no control of my voice whatsoever. We thought that after a few days' rest I would improve, but it wasn't getting any better.''

The singer was examined by Dr. Gerald Burke, an authority in laryngeal physiology at UCLA Medical Centre in Los Angeles on Monday (27.02.12) and he assured her she'll be ''back to 100 per cent'' after resting her voice.

Celine added: ''Obviously this is the worst thing for a singer ... not being able to do your shows. I feel worse knowing that I'm disappointing my fans. I'm so sorry ... I hope they forgive me.''

Caesars officials said other performances at the Colosseum, including Rod Stewart, Sir Elton John and Jerry Seinfeld, will continue as planned during Celine's absence.