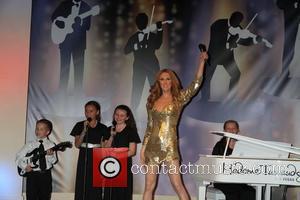 Celine Dion was shocked to hear about Michael Jackson's death back in 2009 because he looked healthy and in "top shape" when she met him backstage at one of her Las Vegas shows.

The Thriller hitmaker passed away from an accidental overdose of propofol on 25 June, 2009 just weeks before he was due to mount his This Is It comeback shows in London.

His mother, Katherine Jackson, is currently suing Aeg promoters for her son's wrongful death after alleging they ignored his life-threatening health concerns and pressed on with rehearsals, and now Dion, who spent time with the 50 year old after one of her performances in Sin City, confesses she would never have guessed the icon was near death when they met for the last time.

"I think most of us thought that he was very sick and weak and all that, and when I saw the movie I was shocked and very disappointed that he was gone because I thought he was more than sharp, he was (in) top shape."