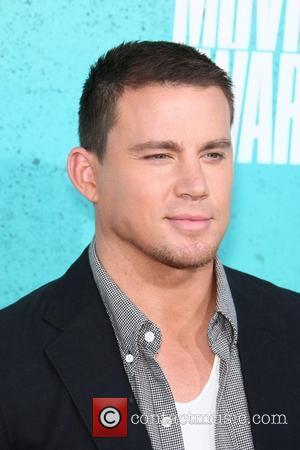 Channing Tatum has hit back at two former male strippers, who claim he stole their stories and dance moves for his latest movie 'Magic Mike', directed by Steven Soderbergh. Thomas Austin and London Steele - who allege that they took Tatum under their wing during his time as a stripper - told Tmz.com that many of the routines featured in the comedy-drama were lifted directly from their own work.
Promoting his new movie - the storyline of which is based on his own experiences - Tatum told a press conference, "Those guys have been trying to make money off of me since I got into this business.I don't want to say anything bad about them because they are part of the reason I think their world is so interesting. They are very interesting, intriguing, bizarre characters, and I'm thankful for weird people out there, I guess", reports the UK's Guardian newspaper. The actor said Steele was responsible for leaking a video of him in 2009, which showed him working as a stripper before he got his big break in Hollywood, however, he insists he holds no grudges, adding, "Literally, London was one of the guys that sold the video.Thank God that my friend here [Soderbergh] saw it and we made a movie from it". Thomas Austin had alleged that 'Magic Mike' was the moniker that he invented for another dancer, calling Tatum an "amateur", and adding, "He only danced for four months. How many events could have happened to him?".
'Magic Mike' follows Tatum's character showing a novice (Alex Pettyer) the ropes of the business. They strut their stuff at a club owned by a former Dallas stripper, played by Matthew Mcconaughey. The movie hits cinemas in the U.S. on Friday (June 29, 2012).