Charlie Sheen says he is not crazy ''any more'' and puts his erratic behaviour down to an ''episode'' in his life. 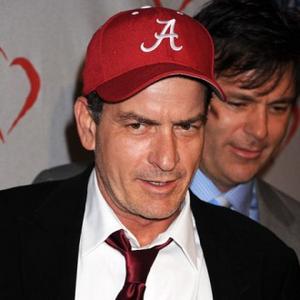 Charlie Sheen is "not crazy anymore".

The 46-year-old actor - who was fired from 'Two and a Half Men' last year because of his erratic behaviour and excessive partying - insists he plans to be "mellower" and has turned his back on his wild ways.

He said: "I'm not crazy anymore. That was an episode. I'm a different person than I was yesterday. Let's just say I have a mellower plan."

During his period of bizarre behaviour, Charlie became famous for over-using phrases such as "tigerblood" and "winning" but he now finds it strange when people shout these catchphrases to him.

He said: "I find it really strange now when someone comes up to me in the supermarket and says, 'Winning!' "

Charlie can next be seen in new TV show 'Anger Management' - in which he plays a therapist - and says he already "researched" the role because he has undergone similar therapy in the past.

He said: "I spent a year in anger management, so I already did my research."

The 'actor' signed up for 'Anger Management' because he wanted a happy ending to his TV career following his departure from 'Two and a Half Men'.

He said: "I just didn't want 'Two and a Half Men' to be my television legacy. I wanted to do something that ended better."