The couple, who married in 2013, announced their split last year.

Coldplay frontman Chris Martin has opened up about life after his split from wife Gwyneth Paltrow. The 38 year old appeared on Australia's 2DayFM on Monday and addressed the break-up for the first time, saying he feels ‘grateful to be alive.’ 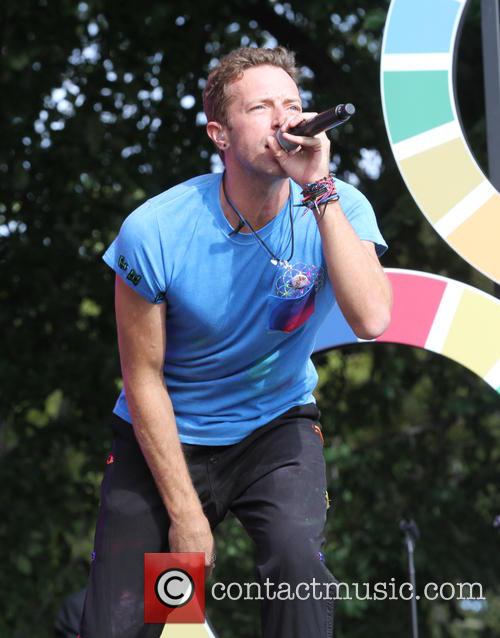 Chris Martin has spoken for the first time about his split from Gwyneth Paltrow.

"I went through some big changes... everyone knows about them,” Martin said. "[I was able to] figure out where I've gone wrong in my way of looking at the world. A few years ago I was in a low place in my life and was feeling kind of down and confused.”

"Some friends gave me a book and a poem and those two things started me off on this whole journey where I just feel so happy to be alive. That may sound a little simple but I suddenly feel very grateful to be alive and if it's coming across then that's great to hear."

Martin and Paltrow announced their "consciously uncoupling" via a joint statement on lifestyle website Goop last year. 'We have been working hard for well over a year, some of it together, some of it separated, to see what might have been possible between us, and we have come to the conclusion that while we love each other very much we will remain separate,” the statement read.

“We have always conducted our relationship privately, and we hope that as we consciously uncouple and co-parent, we will be able to continue in the same manner.” Since the split the couple have continued to co-parent for their two children, Apple 11, and Moses, nine.

More: Gwyneth Paltrow Says She Didn't Come Up With The Phrase "Conscious Uncoupling"

Martin’s band Coldplay have also recently announced details of their seventh album, A Head Full Of Dreams. The album, which could be the band's last, will be released on December 4th and is preceded by single ‘Adventure of a Lifetime’.