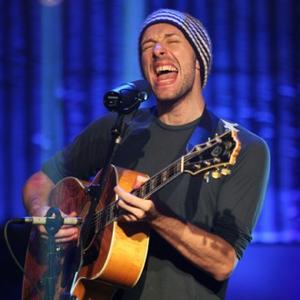 The Coldplay frontman's wife Gwyneth Paltrow can already see signs that their youngest child, four-year-old Moses, will follow in his father's musical footsteps, but says he has very different tastes to his rock star dad.

The Oscar-winning actress - who also has a daughter, six-year-old Apple, with Chris - said: "Moses sings the most in our house. He's humming and singing all day long. Not my husband's songs - he's more into T-Pain or he'll just sing whatever song he hears on the radio. Super-poppy music."

Gwyneth is set to showcase her own vocal talents in forthcoming movie 'Country Strong' - in which she plays a down-on-her-luck musician - but the blonde beauty insists she is the least musically talented person in her household.

Asked if she helps Chris with his songwriting, she told Britain's Hello! magazine: "No! No, no, no, no, no. He wouldn't ask me to either. I would be the worst person to come to - I would write the most s**t lyrics of all time. The kids could probably write better songs than me."

The 'Iron Man' actress also admitted she is no longer as ambitious as she used to be, and just wants her children to have happy and healthy lives.

She added: "My focus these days is more on my family than on my career.

"So my real dreams are for my kids - that they grow up to be good, kind, socially responsible people with good values. And that they find something to do in life that makes them happy."