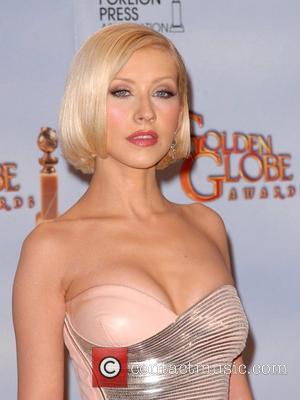 Christina Aguilera has signed up to front a new public service announcement (PSA) urging Americans to give more to the Haiti earthquake relief effort.
Americans have raised close to $500 million (£312.5 million) to help the survivors of the 12 January (10) quake, which ravaged Haiti and left well over 100,000 people dead - but the pop star wants people to dig deeper.
As the spokesperson for Yum! Brands World Hunger Relief, the charity underwriting the PSA, the Genie In A Bottle singer says, "I'm devastated by the toll that the earthquake has taken, and, as a mom, I am especially heartbroken by the children and families affected.
"My goal for the PSA is to inspire as many people as possible to donate to the World Food Programme, so they can continue to feed the survivors in Haiti and move them from hunger to hope."