Clean Bandit reign No.1 on the UK singles charts for another week as their song, 'Rather Be' ft Jess Glynne, still proves to be the British public's favourite. 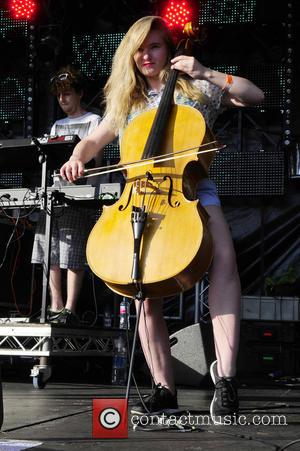 Clean Bandit are riding the wave of this new found success as their fresh unique sound is becoming dominant in the UK singles charts.

The four-piece band have landed at the No.1 spot for a second week running with the track 'Rather Be' ft Jess Glynne, the Official Charts Company reports.

The London based music group earned their first UK No.1 single last Sunday (Jan 26th) for selling over 163,000 copies, and this week is equally impressive as the single has shifted 137,00 copies.

"Number 1 for a second week? How amazing!" Clean Bandit's Grace Chatto told OfficialCharts.com. "Thank you SO much to everyone who has bought Rather Be, and big ups to Jimmy Napes for the lyrics and Jess Glynne for the wonderful singing. We're very happy and can't wait for you all to hear what's coming next!"

Coming in 2nd position is one of the current 'Voice' coach's Will.I.Am, his track 'Feelin' Myself' ft Miley Cyrus, French Montana and Wiz Khalifa has sold 97,000 copies. Pharrell Williams' former No.1 song 'Happy' falls closely behind in the 3rd spot.

English electro duo Gorgon City enters the charts at No.4 with 'Ready For Your Love' and rounding off this week's top 5 is Katy B's new track 'Crying For No Reason'.

5 Katy B - Crying For No Reason