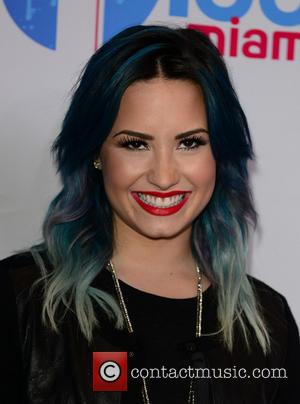 Demi Lovato cannot wait to hit the road again as the start of her new tour is closing in.

The 21 year-old is readying herself for the first 'Neon Lights' show in Vancouver, Canada, on Sunday night (Feb 9th).

On Saturday, Lovato expressed to her 20.9 million twitter followers how much she is looking forward to beginning the new tour as she posted;

"I've never been more excited for a tour in my life... It feels like Christmas morning!!!!! #NEONLIGHTSTOUR."

Adding, "In less than 24 hours this place will be full of Lovatics!!!! VANCOUVER ARE YOU READY?!?!?! #NEONLIGHTSTOUR."

Along with the post was a photo of an empty arena preparing for the first concert. Between 2011 and 2013 Lovato has only toured occasionally, playing a handful of shows each time, and in 2010 she was removed from The Jonas Brothers world tour to check into rehab for "emotional and physical issues."

But now a fully recovered Lovato is ready to put on her best shows ever and has even hired the help of Nick Jonas who was appointed as the musical and creative director for the upcoming performances.

"This is bigger and better than any show I've ever put on," Lovato told MTV News. "It's a completely different tour. It's kind of just the next step of my career, and 2014 is going to be f---ing amazing."

"I'm looking forward to being in a routine - living on a tour bus, being in different cities and seeing different fans," Lovato added. "Every show, it gets better and better and you become more comfortable with the set list and some of the songs and see how it progresses and just be able to get closer with my fans."

The tour will feature tracks from all four of Demi's studio albums.