Actress Denise Richards Has Fired Back At Her Ex-husband Charlie Sheen After He Dubbed Her A "Heretic Washed Up Piglet" On Twitter.com On Father's Day (21jun15). 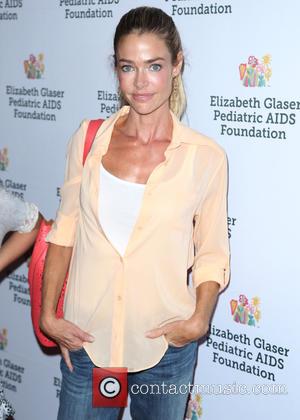 Picture: A variety of stars were photographed as they arrived on the red carpet at the Elizabeth Glaser Pediatric AIDS Foundation (EGPAF) hosts 25th annual 'A...

The embattled actor, who shares two daughters with the former Bond girl, took aim at her for allegedly not letting him spend enough time with his kids on Sunday's holiday.

In a series of posts on the microblogging site, Sheen praised his third ex-wife, Brooke Mueller, the mother of his six-year-old twin sons Bob and Max, while slamming Richards in the same tweet

He wrote, "Brooke M is a sexy rok (rock) star whom I adore D Richards (is) a heretic washed up piglet shame pile (sic). Happy Father's Day!!!... On FD (Father's Day); Father's Rights! I insist we devour the mendacity of these 'kidnapping' D Richards 'types' & bring justice to 'us' (sic)."

Later on Sunday, Richards responded to Sheen with one sarcastic tweet, which read: "Happy Dad's Day! @charliesheen have a great trip in Mexico! Kids were disappointed u (sic) weren't here for it - Hey we'll celebrate when u r (you are) back!"

Richards filed for divorce from Sheen in 2005 after three years of marriage and they subsequently became embroiled in a bitter custody battle over daughters Sam and Lola.