Hollywood star Will Smith has confessed he thinks Denzel Washington is a ''sexy man''. 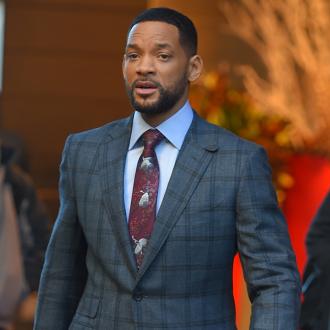 Will Smith considers Denzel Washington to be a ''sexy man''.

The 'Focus' star - who is married to Jada Pinkett Smith, with whom he has two children, Jaden, 16, and Willow, 14 - says it's ''weird'' people consider him to be attractive, insisting there are much better-looking actors out there.

He said: ''It really is it's a strange thing to be considered.

''When I think sexy, I look at Denzel [Washington]...Now that's a sexy man! You know, I never thought of myself in that way, so it's fun.''

What's more, Will described himself as a ''late bloomer'', revealing he only saw his physique change in his late twenties.

He told talk show host Ellen Degeneres: ''I was a late bloomer. Probably right around 26 or 27 years old, I started to fill out a little bit...I've always been skinny...But, I grew into my ears, I guess you could say.''

Will also confessed he finds it ''awkward'' that his 43-year-old wife is starring in 'Magic Mike XXL' alongside the likes of Channing Tatum and Joe Manganiello.