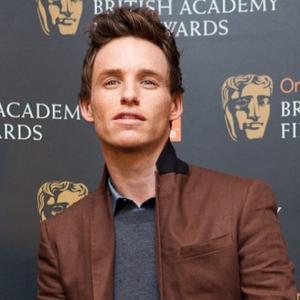 The 'My Week with Marilyn' actor - who is starring as student leader Marius in the eagerly anticipated musical - has begun vocal warm-ups for the movie, but is not entirely confident about how his performance will go.

Speaking at the Orange Wednesdays Rising Star Award shortlist announcement - where he is nominated alongside Chris O'Dowd, Tom Hiddleston, Chris Hemsworth and Adam Deacon, he told BANG Showbiz: "I'm just starting to do vocal warm-ups for 'Les Miserables'. I am singing! I would be lying if I said I was completely cool with it. But I did sing a bit as a kid and my parents took me to see that play when I was younger - it's amazing what a following it has, and so many avid fans."

Eddie also revealed the singing performances will be shot live on the film set as opposed to a pre-recorded version, and he is excited because it means there will be "spontaneity" in the movie.

He said: "It will be a production recording because otherwise you go into a recording studio, record an album and then go and make a music video. The great thing about film is the spontaneity, when you're acting in the moment; it's one of Michelle Williams' amazing things in 'My Week with Marilyn'.

"But if you are having to mime over something you did in a studio, how do you find that spontaneity? So I'm thrilled that Tom is looking to do that."

To vote for the nominees, please visit www.orange.co.uk/baftas.