Ellie Goulding has split from her boyfriend of 18 months, Radio 1 DJ Greg James. 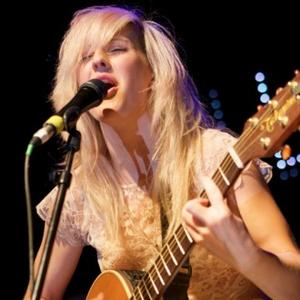 The 'Your Song' singer and the Radio 1 DJ have called time on their 18-month relationship after finding it hard to spend together because of their busy work schedules.

A source told The Sun newspaper "Things had not been right for a while but they only called it a day a month ago. It was just a real struggle for them to be in the same place at the same time.

"The split is amicable and they are still friends."

Ellie is now concentrating on her next album and will put all her efforts into her career.

On New Year's Eve (31.12.11), she tweeted: "Next year is mostly about my new record, being a good person and my first marathon. Really grateful for my life."

News of the split comes three months after Ellie moved out of Greg's home.

The 'Starry Eyed' singer decided to leave The Apartment she was sharing with Greg as they thought it would help keep the relationship exciting.

A source said "They're doing what's best for them, and they're happy to have their own places at the moment. They're definitely still together."