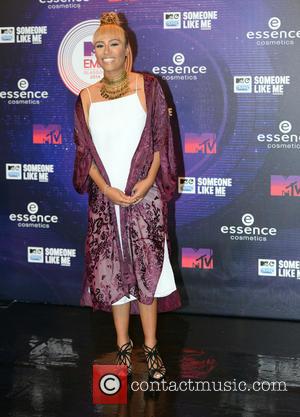 Scottish singer Emeli Sande has divorced her husband after only a year of marriage.

The Next to Me hitmaker wed her childhood sweetheart, Adam Gouraguine, in an intimate ceremony in his native Montenegro in September, 2012.

However, the star has now revealed the marriage only lasted a year - they divorced in 2013 and chose to keep their separation a secret.

She tells British newspaper The Times, "I think I spent the couple of months after (the split) not in denial, but not really dealing with what had happened... Adam and I had been together since I was 17... He was my first ever boyfriend. That's the only person I've been with for the past 10 years. So (losing) our relationship more than the marriage was the big part for me to deal with."

Sande blames the split on her hectic schedule, adding, "We were married in the madness, the whirlwind. It was literally: (perform at the) Olympics, wedding, fly to Montenegro, get married, fly back, we had maybe a week's honeymoon together.. Our lives were so separate. I was on tour all the time and I think it was quite unfair of me to want his world to fit into my life so much. He'd come on tour then he'd go away for three months on a marine biology expedition somewhere."

Sande admits she struggled to cope with the breakdown of the marriage and found herself a dark place: "I just felt I had to wake up. I'd been sleeping and things were happening. I could get up on stage and sing, but I don't know, it was just a real... I don't want to call it a breakdown, but it felt like that."