Emily Ratajkowski has landed a modelling gig for Rag & Bone off the back of her appearance in Robin Thicke's 'Blurred Lines' video. 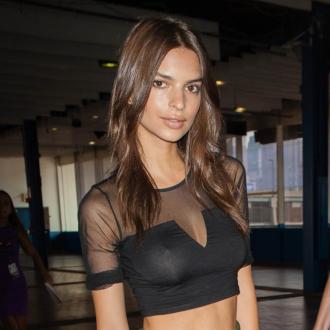 The brunette beauty - who rose to prominence for appearing nude in Robin Thicke's racy music video - has scored a major fashion gig as the face of Rag & Bone's D.I.Y Project.

The video might have been banned from YouTube due to its explicit content, but the 22-year-old model's saucy moves certainly got her noticed by the high-profile fashion brand.

Marcus Wainwright, co-founder the New York-based label, commented: ''As a model and actress, Emily takes on roles and is given direction, but the beauty of the D.I.Y. Project is that the girl has free rein to do whatever she wants, so it was an opportunity for her to show how she sees herself.''

The sexy starlet - who follows in the footsteps of Miranda Kerr, Candice Swanepoel and Jourdan Dunn - was able to style and direct her own shoot for Rag & Bone, which she chose to set in her New York City apartment, enlisting the help of her friends Jenae Wilkens and Jenna Putnam.

Emily enthused: ''It's an exciting and crazy transition time and I wanted to capture that by shooting basically in my empty apartment and around the city - it's a fresh start.''

The up-and-coming star's new job comes after she was offered a role opposite Ben Affleck in psychological thriller 'Gone Girl'.