Stars To Serve At London Restaurant For Charity 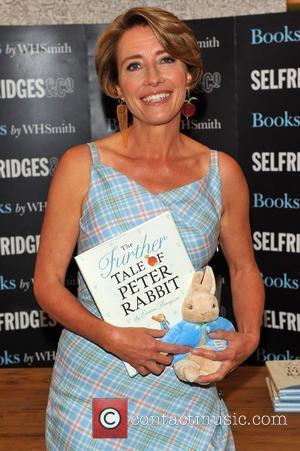 Emma Thompson, Sir Derek Jacobi and Imelda Staunton are among the stars who will take on the roles of waiters, bar staff and cloakroom attendants at a famous London restaurant to raise money for charity.

Guests at A-list eaterie The Ivy will be treated to service from some of stage and screen's most famous faces while dining there on Sunday (02Dec12) as part of an event to raise funds for theatrical good causes.

They will all work alongside staff at the West End venue, serving meals and looking after guests, with proceeds going to The Combined Theatrical Charities - a group of 15 organisations which support actors and their families in times of hardship.

Bond says of the scheme, "We are all thrilled that The Ivy has chosen to support The Combined Theatrical Charities, in what will be an extraordinary and unique event. The calibre of talent that has offered its support for the evening is overwhelming and testament to the altruism and generosity of the acting profession, in support of their colleagues in need."

The Ivy boss Fernando Peire adds, "Having had many famous actors ask me over the years 'How much would I give to work just one evening at The Ivy?', I suddenly had a eureka moment that I would put the two together. We have to put on a good show for the customers every time we open our doors; we have to know our lines and we have to get them right. I am really looking forward to seeing how the actors cope with service on Sunday night."