Is Emma Watson in talks with Alejandro Amenabar about her next movie role? 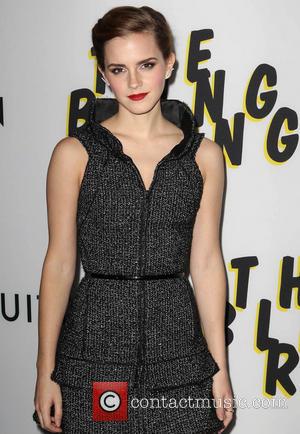 Emma Watson looked like Christmas had come early as she left a lunch date in London with BAFTA nominated director Alejandro Amenabar.

'The Bling Ring' star hasn't been short of movie roles since finishing her stint as witch genius Hermione Granger in the 'Harry Potter' film series, but it looks like she could be in with a chance of working with another seminal director. The actress was spotted by the Daily Mail having lunch with 'The Others' director Alejandro Amenabar in London over the weekend, after which she got up and gave him an enormous hug while grinning widely.

Of course, it could've been a regular old catch up; the 23-year-old and the 40-year-old could've been friends for ages; but Emma appeared to take to her phone immediately upon leaving, perhaps desperate to relay some good news to a friend of family member.

This is all speculation, but it wouldn't be the first time the young star has rubbed shoulders with a highly acclaimed director. She worked with Oscar winner Sofia Coppola on 'The Bling Ring' which was released earlier this year; two of the 'Harry Potter' series directors, Chris Columbus and Alfonso Cuaron, were also nominated for Oscars; and 2011's 'My Week With Marilyn' was helmed by Primetime Emmy nominee Simon Curtis. Could Emma Watson be working with Alejandro Amenabar next? Alejandro was nominated for a BAFTA in 2002 for 'The Others'