The Purge: The First Reviews Of New Chilling Horror Movie

New scary thriller, The Purge, has been released in cinemas. Here's the round-up of the first reviews. 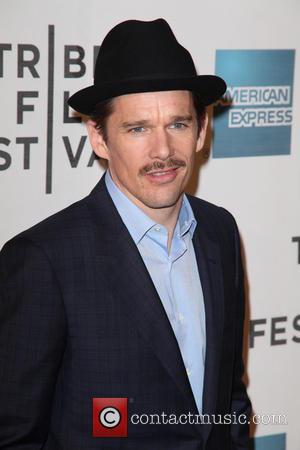 If you haven't already been tantalised by the creepy trailer that has been circulating - no, this is not a new fad diet - The Purge is the name of newly released horrific thriller from Staten Island (2009) director James DeMonaco thriller, starring Ethan Hawke (Sinister, Gattaca) and Lena Headey (300, Game Of Thrones).

We're in 2022 USA and the not-so-far future is rather different from the one we currently inhabit: unemployment and crime rates have hit an impossible all-time low. Great news, right? Well think again. These rates are kept low by the yearly government-authorized 'Purge': 12 hours of criminal free-for-all where all crimes, including murder, are permitted and all emergency services are suspended. The plot centres on the affluent Sandin family who live in a charming suburban neighbourhood.

Just like they do every year, the family batten down the hatches on the eve of The Purge and wait out the night as slaughter and destruction rages through the nation. However, a bloodied man begging to be saved appears outside the house and is granted entry by sympathetic young son Charlie (Max Burkholder) despite the ruling of his parents. The man is pursued to the house by a pack of masked and murderous strangers who give the family an ultimatum: hand over their 'purge-target' or they'll break in and kill everyone.

Despite the intriguing premise, The Purge has been slain by critics; receiving a 'rotten' rating of 43% on Rotten Tomatoes. NY Times' Manohla Dargis accuses the film of being too "heavy-handed" in its "God 'n' Guns" political message, becoming unbearably "louder" and "cruder". Although Newsday's Rafer Guzmán commends the film's "sharp and shockingly subversive" nature, DeMonaco's ambition comes into question as the film "falls short of its ambitions" and "DeMonaco's direction.never quite matches the savagery of his ideas."

The violent thriller's themes are likened to a cross between Assault on Precinct 13 and Funny Games by The Guardian's Philip French, who weighs up the "well-sustained", yet "predictable" tension.

From the outset, there are predictable plot-holes - what happens if someone needs non-crime related emergency help? What about less obvious, bloody crimes, like money-laundering?

Nevertheless, for guaranteed spinal chills and unnerving viewing The Purge - released on 31st May - looks like a satisfying summer horror jaunt.

With its frightening masks, cathartic eradication of enemies, and unpleasant questions of human morality, The Purge gets under the skin, and makes us consider: who would we start with? Lena Headey [Above]: Will She Survive The Purge? Max Burkholder [Above]: Young Star Of The Purge.