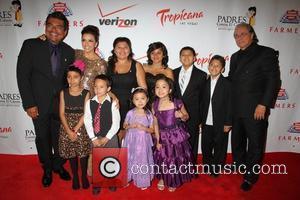 Eva Longoria is furious over a new round of reports which suggest she is dating basketball player Matt Barnes.
The star, who divorced sportsman Tony Parker last year (10), has been linked to the L.A. Lakers star despite being romantically involved with Eduardo Cruz.
Longoria has now dismissed the rumours, pointing out they only know each other through their charity work.
She says, "Matt Barnes and I are not dating! We are doing a charity event together for Padres and Athletes vs Cancer."