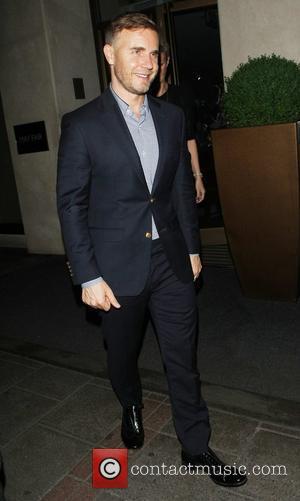 British pop star Gary Barlow has warned Take That fans to expect a new direction from the band on its next album - because he's been influenced by music around the world during his travels to mark Queen Elizabeth II's Diamond Jubilee.
The singer helped put together a track in honour of the U.K. monarch's 60 years on the throne, and he travelled to a number of Commonwealth countries earlier this year (12) to help create the song.
And Barlow has been so inspired by the sounds he's heard, he's planning to incorporate them in the band's album, which is set for release in 2013.
He tells Britain's Daily Mirror, "The trip has had a big effect on me. I am starting a Take That album next year and if I can take one thing from this trip with me, it is that I have been around a lot of passionate people...
"When we come back with a new record it is about doing what we want to do, not trying to fit in. That is the key. So while Take That fans will have to wait till 2013 for another album, the new material is certainly going to be different and with some instruments and themes no one will be expecting.
"When I left Australia I had a case full of music. There is amazing music there. And I am already thinking of the next record with flavours of this music on it. I really discovered a lot of stuff when I was in Sydney. Travel does influence you musically, definitely."