Gary Barlow started sweating when Britain's Queen Elizabeth started questioning him about his plans for the Diamond Jubilee concert outside Buckingham Palace because she wanted to know what time it finished. 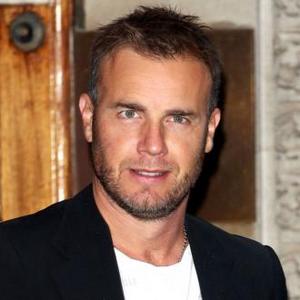 Gary Barlow started sweating when Britain's Queen Elizabeth started questioning him about his plans for the Diamond Jubilee concert.

The Take That singer is organising a star-studded show outside the 86-year-old monarch's Buckingham Place residence on June 4 to celebrate her 60 years on The Throne and admits he got scared when she asked him about what would be happening.

He said: ''I went, 'Your Majesty, this is what the concert is going to look like, it's going to be incredible, this is where it's going to be, in front of the palace'. She looked at me and went, 'So, all that equipment, how long is it going to take to dismantle it?'

''At this point I'm guessing and I say, 'Oh about six or seven hours' so she went, 'The concert's going to finish at half ten at night which means you'll be doing that all night while my family live at The Front of the palace'.

''A little bead of sweat ran down and I was like, 'So, moving on Your Majesty - this is the royal box, this is where you'll be sitting'. She said, 'How am I going to get there?'. It was something else I didn't know The Answer to.''

However, Gary says the queen is very excited about the whole weekend and can't wait for the celebrations to start.

Gary - who has recorded a song in honour of the queen's Diamond Jubilee, entitled 'Sing' - told TV host Graham Norton: ''She is incredible for her age - very, very smart. She's excited about the whole weekend, she really is.''

Stars set to play at the concert include Sir Elton John, Kylie Minogue and Stevie Wonder.