Gary Oldman joins Dawn Of The Planet Of The Apes

Gary Oldman will join Andy Serkis in Matt Reeves' sci-fi sequel 'Dawn Of The Planet Of The Apes' as a man struggling to survive the global monkey takeover. 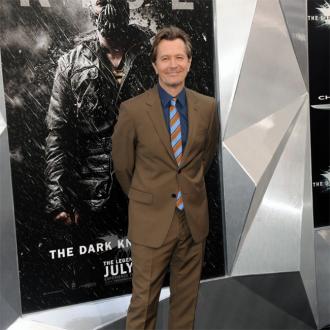 Gary Oldman has joined the 'Dawn Of The Planet Of The Apes' cast.

'The Dark Knight Rises' actor has become the latest star to sign on to Matt Reeves' sci-fi sequel, set 15 years after the events of the James Franco-fronted 2011 film, 'Rise of the Planet of the Apes'.

Gary will play Dreyfus, a man who leads a human colony struggling to survive in San Francisco after society has been eliminated by the ape-borne flu seen spreading at the end of the last movie.

He joins returning cast member Andy Serkis, who is reprising his role as CGI-enhanced intelligent ape Ceasar, the leader of the monkey rebellion.

He said: ''I was going to be a small part of the next one... There was one scene, between Caesar and my character, maybe even just like on a video that was left behind, but then a lot of things happened, like [former Fox co-chairman] Tom Rothman who was a big part of the first movie, left.

''Now Rupert's not a part of it so I don't know. My guess is I won't be in it. Nobody's talked to me since Rupert left.''

'Dawn Of The Planet Of The Apes' begins filming this month in New Orleans for a May 2014 release.