Former cop James Mee, who arrested Mel Gibson, has heavily criticised the 56 year-old actor's recent interview with Playboy magazine and claims that he is not a "hypocrite." 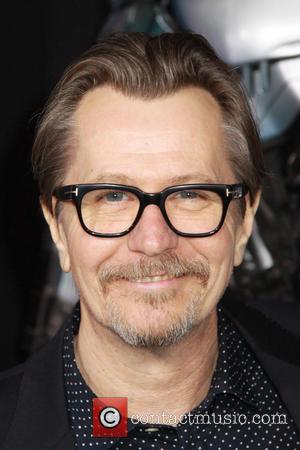 Gary Oldman has made an enemy out of the former police officer who arrested Mel Gibson for DUI in 2006.

The actor reportedly shouted anti-Semitic remarks at the law enforcer, before being taken to the police station.

The ex-deputy, James Mee, expressed his outrage to TMZ over Oldman's recent interview with Playboy Magazine, where he made comments on the infamous arrest.

While talking to the men's magazine, the 56 year-old seemed to brand Mee as one of the "hypocrites" who like to criticize certain actor's that may have made mistake sin the past.

"I don't know about Mel. He got drunk and said a few things, but we've all said those things," Oldman said to Playboy. "We're all f-----g hypocrites. That's what I think about it. The policeman who arrested him has never used the word n----r or that fucking J--? I'm being brutally honest here. It's the hypocrisy of it that drives me crazy."

But Mee adamantly claims that hypocrisy is something he hasn't committed.

"The N-word is a scary word," he told TMZ. "I would never even dream of using it. It sickens me that anyone would use that word."

"I'm Jewish and why would I say that to discredit my own religious makeup?" he added. "Jews have been persecuted and put down over the years. Why would I, as a Jew, do that to other races?"

But going by Oldman's recent comments to the magazine, he definitely has a different opinion on the matter.

"So they persecute. Mel Gibson is in a town that's run by Jews and he said the wrong thing because he's actually bitten the hand that I guess has fed him-and doesn't need to feed him anymore because he's got enough dough," the British star added.

Concluding, "He's like an outcast, a leper, you know? But some Jewish guy in his office somewhere hasn't turned and said, "That f---- kraut" or "F--- those Germans," whatever it is? We all hide and try to be so politically correct. That's what gets me. It's just the sheer hypocrisy of everyone, that we all stand on this thing going, 'Isn't that shocking?'"

MORE: 10 Things We Learnt About Gary Oldman From His Playboy Interview

However, Mee disregarded Oldman's offensive remarks and stated: "I feel sorry for people that need to say things about other people in order to justify themselves."