Green Day Will Return for New Tour in March 2013 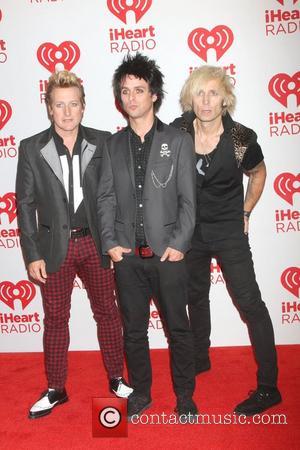 Whatever happened to the standard press release, or even just a notice left on the website of a band? That is not cool anymore, now Twitter, Facebook and Instagram have taken over, and Billie Joe Armstrong from Green Day has revealed that there will be a 2013 Greenday tour, much to the delight of fans worldwide.

"Dear friends" the screen-shotted 'notes' Instagram image said, "I just want to thank you all for the love and support you've showed us for the past few months. Believe me, it hasn't gone unnoticed and I'm eternally grateful to have such an amazing set of friends and family. I'm getting better everyday." He continued, "So now, without further ado, the show must go on... We can't wait to get on the road and live out loud! Our passion has only grown stronger... Happy new year... We love you all... Rage and love XX BILLY JOE". Oh, and with a little flourish at the end, he added "P.S... Green day tour in march".

2012 has been a difficult year for the band, seeing Armstrong have a melt down on stage, as well as having to cancel a stint of shows earlier on in the year. Armstrong has since been to rehab to beat an unnamed addiction and they've since released a trio of albums titled ¡Uno! ¡Dos! ¡Tré!