Gwyneth Paltrow has revealed she loves quiet evenings at home with a glass of wine and online shopping. 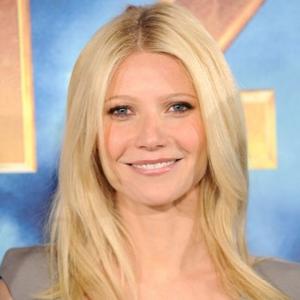 Gwyneth Paltrow loves relaxing at home with a glass of wine.

The 'Iron Man' actress - who used to follow a strict macrobiotic eating plan - revealed one of her favourite ways to unwind after a busy day is to indulge in her favourite alcoholic tipple while shopping for new clothes over the internet.

Gwyneth - who has two children Apple, six and four-year-old Moses with her husband Coldplay frontman, Chris Martin - revealed in her GOOP newsletter: "On some nights, once the kids are asleep and I'm in for the evening, one of my favourite pastimes it to sit down with my laptop and a nice glass of wine. I read the news and do the occasional guilty shop on Net-a- Porter or Luis Via Roma."

The Oscar-winning beauty - who ditched her strict eating regime after becoming pregnant - has previously spoken about how she is much happier since allowing herself more culinary treats.

She explained: "I have to gain weight. I can't be one of those people that never does it. I would go crazy. I like food too much, I like alcohol too much, I like ice cream too much. I could never live like that. It would be so profoundly boring to always be strict with myself."