Gwyneth Paltrow is the subject of an upcoming 'takedown' piece by Vanity Fair. 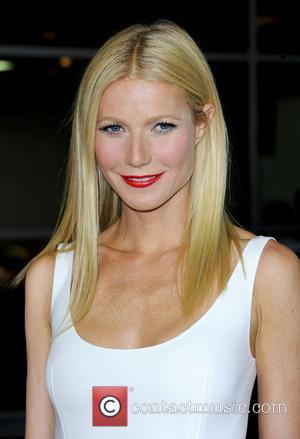 Vanity Fair editor-in-chief Graydon Carter has confirmed that his magazine is set to publishing a blockbuster takedown of actress Gwyneth Paltrow.

"We started a story on her," he told The Times in an interview published this weekend. "We have a very good writer and it'll run."

The Margin Call actress had previously emailed friends warning them not to cooperate with the author of the piece - which apparently reveals the 'true' Paltrow - though Carter and his writer appear to have more than enough information to run the piece. In fact, the actress's tantrum has made him even more determined to run the article, saying, "Well, she sort of forced my hand."

Vanity Fair has a reputation for not granting celebrities pre-publication approval of photos or text and Carter warns that Paltrow - who recently moved back to Los Angeles from England - will get a rude awakening at the changing nature of the business.

"She'll find Los Angeles very different and very difficult," he says. "Some famous people believe that they live in a cone of celebrity that protects them . But it doesn't really exist any more in L.A. unless they stay in."

Though the details of the 'takedown' remain sketchy, the New York Post's Page Six suggests Vanity Fair might be digging deeper into Paltrow's 'friendship' with the Miami billionaire Jeff Soffer.

Watch Gwyneth Paltrow in the 'Thanks for Sharing' trailer:

Soffer has reportedly warned friends not to talk to Vanity Fair, whose writer Vanessa Grigoriadis has been asking Miami society sources questions about the pair. Soffer is married to the model Elle Macpherson.

One insider said, "Vanity Fair is asking if Gwyneth had an affair with Jeff back in 2008 when he reopened the Fontainebleau. He flew her in for the party, and she stayed at his house." Paltrow has been married to Coldplay rocker Chris Martin since 2003 - they have two kids together, Moses and Apple. Gwyneth Paltrow At The Premiere of 'Thanks for Sharing'gw