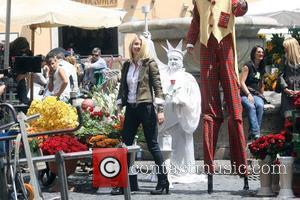 Hollywood superstar Gwyneth Paltrow reportedly became so addicted to British reality TV show Big Brother, she had every episode taped. The EMMA star, who is married to Coldplay rocker Chris Martin, loves to unwind in front of the television after a full day of running around after young children Apple and MOSES. A friend told the Daily Express: "Gwyneth is not normally one for reality TV but she started watching Big Brother to unwind from her day with her small kids. "She watched whenever she could and really got into it. The final couple of weeks she watched almost every night and had what she couldn't see taped. "She says she's really going to miss it but Chris is very happy - he hates reality TV with a vengeance."