Han Solo Reprise In The Pipeline For Harrison Ford? No Official Word Just Yet 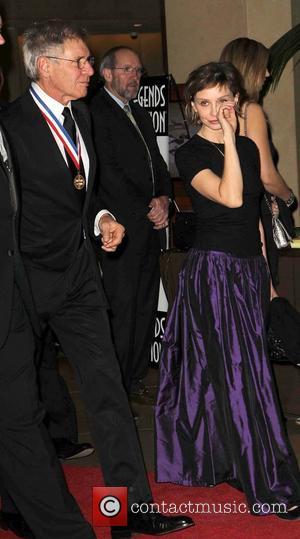 The movie world is on tenterhooks waiting for some kind of official confirmation that Harrison Ford will be returning to the Star Wars franchise as Han Solo. All signs seem to suggest that the rumors are true, but so far, all we have to go on is Fox Latino’s scoop, reported by El Mayimbe (Umberto Gonzalez). He’s insistent that his sources are rock solid but many Star Wars fans will be waiting for an official nod before they truly start to celebrate the news.

“Harrison Ford will reprise his role as Han Solo in the upcoming Star Wars movies. The deal is done. It's huge." That was Umberto’s take on the situation and nobody’s spoken out to deny it, so we’re assuming it’s true… but no one’s counting their chickens just yet. Roger Friedman of 411.com has gone one step further to suggest that not only will Harrison Ford be reprising his iconic role as Han Solo, but Carrie Fisher and Mark Hammill will also show their faces in the new Jj Abrams-directed episode of the Star Wars franchise. Friedman apparently learnt the news some time ago and claimed to know some vague plot details, explaining “It's some time in the future. Han, Princess Leia (presumably with a better hairstyle) and Luke Skywalker will be a lot older. Their children will be the new main characters. R2D2 and C-3PO will be unchanged.”

No official confirmation just yet, but it looks as though Ford may now be feeling grateful that he was unsuccessful in pushing to get Han Solo killed off in Return of the Jedi.