Hugh Jackman Rumours Denied By Jackman AND His X-Men Producer 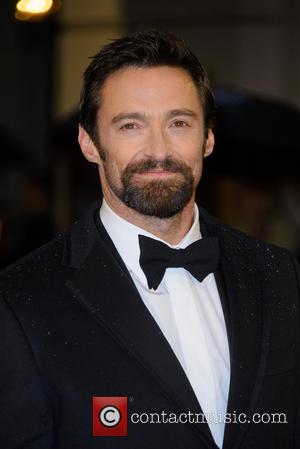 With all these Hugh Jackman rumors flying about (and they have been for years) Jackman himself has decided to speak out in a recent interview with The Hollywood Reporter.

But he doesn't relay the toll those rumors have on his life, but rather his wife of 16 years. "Just recently, it bugs her," he said of the media questioning his sexuality. "She goes, 'It's big. It's everywhere!" Jackman's X-Men producer, Lauren Shuler Donner, denied the rumors a touch more emphatically. "I have seen him with Deborra since the beginning of their trip to Hollywood, and I've been on five movie sets with him and have never seen him stray, have never seen him eye anyone," Donner explained. "I met him when he did 'Oklahoma!' [at London's Royal National Theatre in 1999]. He was genuine, hugely talented. He was in love with his wife that day and still is."

Aside from his sexuality, which really is no one's business, there is actual news in the Jackman camp. He and his Les Miserables cronies will be waiting with baited breath come this Sunday, 24th Feb, as he's up for Best Actor and Les Mis is up for best film. They'll be facing stiff competition from Daniel Day Lewis in Lincoln, as he and his film are amongst the hot favourites to take the top prizes.