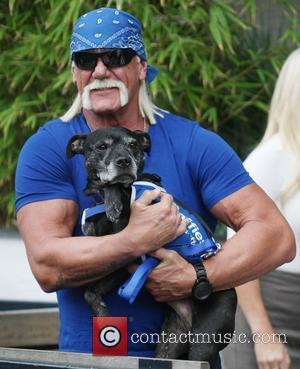 Ah, the Hulk Hogan sex tape. We're not sure what's more morally reprehensible: sleeping with your best friend's wife, or filming your best friend sleeping with your wife, stating on the film that “If we ever did want to retire, all we'd have to do is use this footage” and then leaking the footage world wide. Both are pretty bad, right? Well, the story is true and the main characters are Hulk Hogan and his best friend 'Bubba the Love Sponge'. Ah, perhaps it's his nickname that hits the top of that list of the reprehensible.

Hulk Hogan is now suing the Love Sponge and his then-wife for 'invasion of privacy'. The lawsuit, is to be filed in Florida on the grounds that “Bubba and Heather (also a defendant) conspired to roll tape during the wife's sexual encounter with the wrestler,” reports TMZ. Hogan has also warned his family that this may not be the only sex tape around.

A source that's allegedly close to the family stated: "Hulk is very concerned that a new sex tape could emerge. After the first video was leaked he warned Linda, Brooke and Nick that he could have been caught on camera in the past... The family is absolutely mortified their name has been sullied in such a tacky way. They never imagined that Hulk could drag them into such an embarrassing situation... The family is certainly bracing for the worst."

Hulk Hogan isn't the only celebrity to be publicly embarrassed by revealed sex tapes, Kim Kardashian, Paris Hilton, Tommy Lee Jones and Verne Troyer have all met the same fate.