Ian McKellen has enlisted the help of 27 Nobel Laureates to support an open letter to President Vladimir Putin, in protest of Russia's anti-gay legislation, ahead of the Winter Olympics. 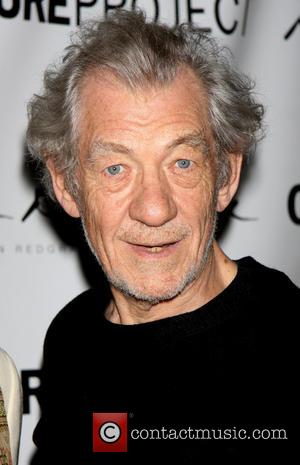 Picture: Ian McKellen - Opening night after party for the Culture Project production of The Seagull, held at B. Bar and Grill-arrivals. - New York, NY,...

Russia's anti-gay laws are not sitting well with some of the brightest minds in the world.

The new law objects any "propaganda of non-traditional sexual relations to minors."

This effort has come days prior to the official opening of the Winter Olympics in the Black Sea resort of Sochi, Russia.

Putin and his new homophobic law has created global animosity as gay athletes could feel threatened when and unwelcomed competing at the games.

The letter was the brainchild of McKellen and his good friend Sir Harry Kroto (Nobel Chemistry 1996), they rounded up the 25 other fellow intellectuals and got them to write their signature on the finished copy, as a sign of support.

The document, which was published in The Independent, explained that its purpose was "to indicate that many senior members of the international scientific community show solidarity with politicians, artists, sports people and many others who have already expressed their abhorrence for the Russian Government's actions against its gay citizens."

"In my case," McKellen penned, "I have been warned by the UK Foreign Office that in Russia I could not speak openly about my sexuality, at least in the hearing of anyone under the age of 18. I have therefore felt that I had to turn down invitations to attend Russian film festivals."

Kroto wrote that he will honor an invitation to visit Russia in 2014, but after that he does not plan returning, "I shall not consider any further invitations unless this law is repealed or moves to repeal it are taken and in addition a serious effort is made by the Russian Government to ensure the safety of the Russian LGBT community."

The 27 contributors hope by "expressing opposition to the new legislation it might be possible to encourage the Russian State to embrace the 21st Century humanitarian, political and inclusive democratic principles."