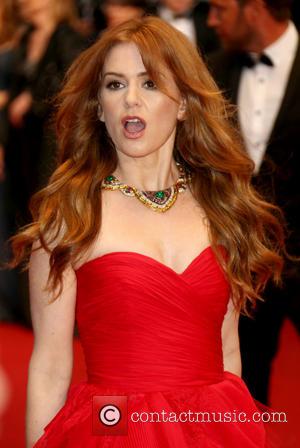 Actress Isla Fisher was bullied into losing her baby weight by a fearsome personal trainer who barked orders in German.

The Wedding Crashers star ballooned by 60 pounds (27 kilograms) when she was expecting her first child with husband Sacha Baron Cohen in 2007 and she faced a race against time to get in shape again before filming her next role in Confessions of a Shopaholic.

She has previously revealed she used the services of a personal trainer to help lose the excess weight - but now she has recounted how the fitness expert terrorised her into slimming down with a punishing, teutonic workout regime.

Fisher tells U.K. talk show host Graham Norton, "I gained 60 pounds when I was pregnant with my first child and everyone started to panic because I had to start shooting two and half months after she was born. So they sent a German taskmaster and he went through my fridge and monitored everything.

"I was going out of my mind - I was fat and sweaty and he was yelling at me in German. And then one day it all came to a head. I was stuffing a cake into my mouth and I didn't know he was there. He shouted, 'Nein! Nein!' and started to cry. I don't know if his whole livelihood depended on me getting skinny, but that was a mistake!"