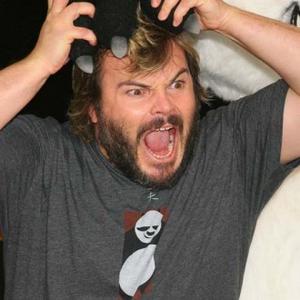 Jack Black has compared the new 'Muppets' movie to 'Being John Malkovich.

The actor and comedian - who is set to appear as himself in the 2011 film - explained the upcoming movie, penned by his 'Gulliver's Travels' co-star Jason Segel, will be a "new twist" on the popular Muppets franchise.

He said: "It's kind of like Being John Malkovich. It is a new twist on The Muppets. Very cerebral and meta."

Starring Amy Adams and with cameo appearances from the likes of Ricky Gervais, Billy Crystal and Zach Galifianakis, Jack admitted he was given the role after he gave Jason a part in 'Gulliver's Travels'.

He added to Entertainment Weekly: "I gave him a gig in Gulliver's and he said, 'Wanna come do a little something for me and the Muppets?' I'm very excited. I'm going to shoot it in January. I better read The Script. It's time to get ready and memorise."