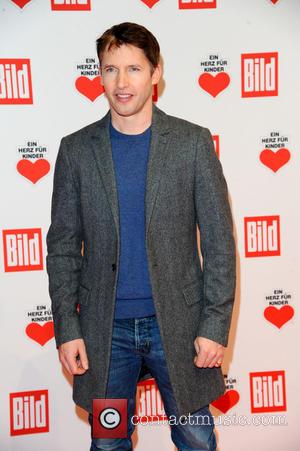 British singer James Blunt has signed up as an agony uncle for an Australian newspaper.

The You're Beautiful star is to spend four weeks dispensing advice to readers of Sydney's Sunday Telegraph, and he has been doling out answers in the same self-deprecating style which earned him a slew of fans on Twitter.com.

In response to a letter from 'Andre', who wanted to know how to gain respect from jealous colleagues, Blunt wrote, "Dear Andre, Firstly, no one likes a show-off. Secondly, you're asking James Blunt how to get respect and be taken seriously? Is this a joke?"

An aspiring singer named Alison admitted she is not sure whether her music is good enough to land her a pop career, and Blunt replied, "None of those things seemed to stop people buying my c**p. Go for it!"

In response to 'Elaine', who wanted advice on dealing with a work crush, Blunt wrote, "Get him sacked first, and then tell him."

James Blunt says coronavirus has been a 'blessing in disguise'