Janelle Monae In Control, and Why The Grammy Awards 2013 Have a 'Significant Meaning' For Her 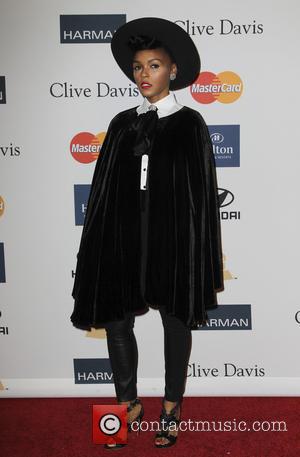 Janelle Monae's career has skyrocketed over the past few years, leading to her being nominated for three Grammys in 2011 for Best R&B album and also for her collaboration with Big Boi. This year another collaboration, with Fun has catapulted her further from the peripheries of music and further into the view of the public. Speaking to Billboard she has explained how this year's awards meaning something entirely different to Grammy Awards gone by.

"This year's Grammys has a significant meaning," she says. "I was nominated before for my own work, you know, my own album and I had the opportunity to perform in 2011. That was a big moment for my career... This time around I'm there to support Fun. and we're there together. This is about team work; it's about collaborations and making people happy with our music. That means a lot; that's a big deal."

While team work is certainly an important part of her career - she's now top of the list for many artists to collaborate with - but just as importantly is her ability to have done that without compromise. When she started her career financial success wasn't a drive force, she says. "It was just to make music on my own terms or create my own image, do my own hair, do my own makeup. It's an artistic expression for me... That's why I'm here today, because I've been able to be in control of that."

Janelle Monae is nominated with Fun. for  "Record of the Year," "Song of the Year," and "Best Pop Duo/Group Performance." The Grammy Awards are to be held tonight (February 10th).