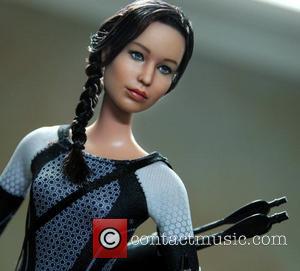 Picture: Jennifer Lawrence and Katniss Everdeen - Accomplishing this feat requires many photos of the famous person/character, plenty of time, and a great deal of skill......

The Hunger Games star hit headlines on Sunday (31Aug14) when nude pictures of her were leaked on the Internet along with a number of other female celebrities including Kate Upton and Kirsten Dunst.

Lawrence's representative blasted the "flagrant violation of privacy" and threatened legal action against anyone who shared the snaps.

The site's officials are arguing that not all the pictures were taken by Lawrence, so whoever snapped the shots owns the copyright, according to Tmz.com. They are demanding proof of the actress' rights or the name of the photographer.

America's Federal Bureau of Investigation (Fbi) is investigating the scandal.