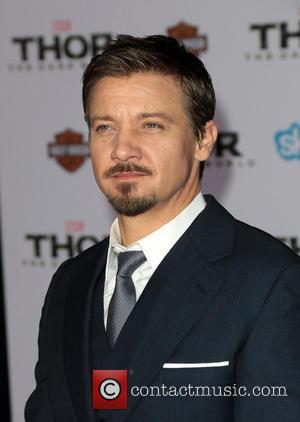 Actor Jeremy Renner has no plans to wed the mother of his baby daughter after watching his parents each go through multiple divorces.

The Avengers star became a first-time father in March (13) when his on/off girlfriend Sonni Pacheco gave birth to little Ava Berlin, but Renner insists marriage is not on his mind.

He tells Elle magazine, "Both of my parents have been married three times... I've never felt that pressure (to wed). No. It's not necessarily something I often think about. It's a whole other conversation."

Opening up about his rekindled relationship, he says, "My girl is masculine in a lot of ways, even though she looks like a supermodel. A girly girl just doesn't do it for me. I can't have a conversation about your broken nail."

The 42 year old previously romanced aspiring actress Jess MACallan, but the couple split in 2010 after four years together.