Jeremy Renner admits he can never be sure of people's intentions when they approach him about movie roles, and he's sure some individuals are lining up to ''kick him in the balls'' since he became famous. 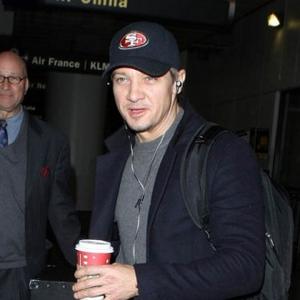 Jeremy Renner thinks people are lining up to "kick him in the balls" since he became famous.

The 40-year-old actor has quickly achieved global stardom after starring in 'The Hurt Locker' and wining a role in 'Mission: Impossible -Ghost Protocol', but while he feels blessed to be so in demand, he knows some people aren't behind him.

In an interview with Details magazine, he said: "It's a wonderfully high-class problem to have. All these people want you to be in their movie. Or work with you. Or maybe they want to kick you in the balls. Half the time I don't know. But it's better than wondering if I have to write a play and direct it myself just to get that next job."

Although he has signed up to star in huge movie franchises - including 'Bourne Legacy', replacing Matt Damon - there are certain films he wouldn't want to appear in, such as 'Transformers', because its stars have to interact with CGI characters.

Referring to lead 'Transformers' actor Shia LaBeouf, he said: "I'm blessed to have cool roles in these big movies. Because nothing against 'Transformers', but thank God I don't have to do a monologue to a robot. I don't know how Shia, God bless him, does that."