Jeremy Renner once took Viagra by mistake because he thought it was a sleeping pill, leaving him embarrassed on a plane. 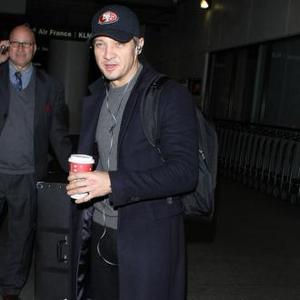 Jeremy Renner once took Viagra by mistake because he thought it was a sleeping pill.

The 'Bourne Legacy' actor had to take a round trip from Los Angeles to London and asked for some pills to help him sleep. While Jeremy thought the medication he was given was sleeping tablet Ambien, it was actually Viagra, which is used to treat erectile dysfunction, making his Journey very uncomfortable.

He told chat show host Jimmy Kimmell: ''I had to get off the plane to go to work so I had to sleep on the plane. Somebody gave me some pills ... so great.

''I took a little sleeping pill ... and nothing was happening but something else was happening, and I saw pretty quickly that that 'A' was a little 'V' on the pill.

''Not only did I not sleep on the entire flight, I was camping. ... There was no walking. If I had to go to the restroom, it was so embarrassing.''

Jeremy added it got even worse when Dennis Hopper's young daughter wanted him to play a game with her and he worried he would get arrested if anyone noticed he had an erection.

He explained: ''I had Dennis Hopper, God rest his soul, laying next to me and his daughter was there playing with this little glass menagerie on the ledge ... I'm like playing with her and I'm like, 'Hold on a second, man. I'm gonna go to jail, I'm gonna get arrested. This does not look good.'''